When it’s not enough to restore historic homes what’s a girl to do? Simple -restore a 1970 VW
bus. Or so the story starts when Amber Peebles, President of Athena Construction Group was
approached by national payroll processing company ADP.

“I was contacted by ADP regarding their new national ad campaign. The question that was posed
to me was what do you do when you are not working? So I told them about my hobbies and I told
them about my bus. ADP really liked the sound of it and flew a nationally recognized
photographer, Chris Wimpy, who has done work for Harley Davidson and Lexus to do the shoot.

We had a great time and I am please that this VW bus, a fine example of automotive engineering,
has been memorialized in this shot.” 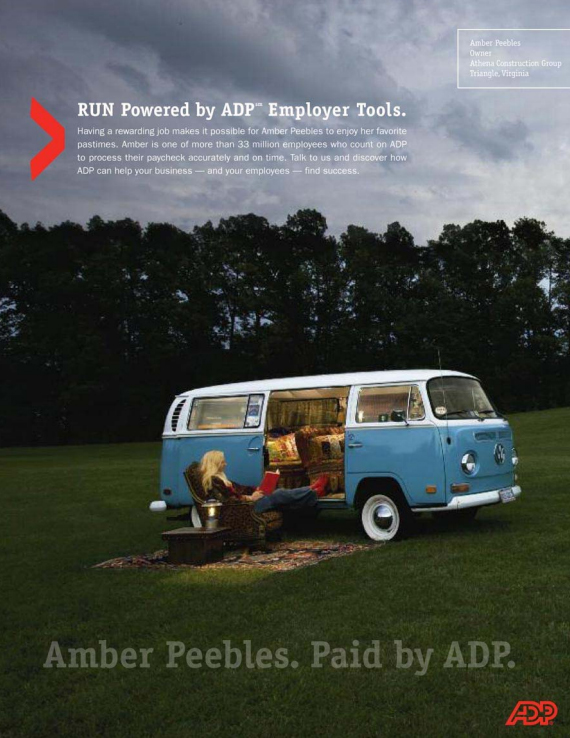